The Great Mercury Debate – Not So Elemental

Written by Consumer Guide to Dentistry   Last modified on November 21, 2017

One of the great benefits about being headquartered in San Diego is our access to fresh coastal fish. The Sea of Cortez is home to more than 800 species, making it a fish-lover’s paradise. But given the EPA’s guidance on mercury levels in fish — ahi tuna, swordfish, shark, mackerel boasting some of the highest levels — it’s important to limit consumption to avoid mercury toxicity and the associated headaches, memory loss, fatigue and more. The risks are significant enough that pregnant women and/or those who are nursing are advised to avoid eating any such fish. 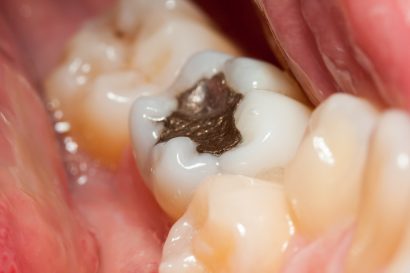 The mercury toxicity risks related to consumption of fish is well known, but what about dental fillings? Dental amalgam contains a mixture of materials, including mercury. It begs the question, do amalgam fillings pose a health risk? Frankly it depends who you ask.

The European Parliament has voted to ban the use of amalgam dental fillings in pregnant women, nursing mothers and children in what could be a benchmark ruling in the dental world. The ban is expected to go into effect July 1, 2018, with additional planning focused on a broader phase out of dental amalgam thereafter. The EU has acted amidst growing concerns about the adverse health effects associated with mercury-based fillings.

It has been something of a controversial subject in dentistry, with some arguing that mercury in low levels is perfectly harmless. In fact, the ADA has gone as far as to publish a statement on dental amalgam on its website in which it describes dental amalgam as “safe, affordable and durable,” noting that it “has been studied and reviewed extensively, and has established a record of safety and effectiveness.”

The fact of the matter is that mercury has been used in dentistry for more than a 100 years. It’s a perfect material for fillings because it is soft and pliable, but hardens quickly and is extremely durable. It’s also cheap, which helps to drive down the cost of dental care, which is something we can all appreciate. However, it is becoming less common as more advanced and aesthetically appealing options become more popular. Tooth-colored composites can be a more attractive option — even at a higher price point — because they are essentially invisible in the mouth. Silver amalgam fillings are by contrast quite ugly to look at.

So what does the EU ban mean for dental patients in the U.S.? Well, as of writing this there is no change to the availability of dental amalgam. The FDA conducted a robust study of dental amalgam in 2009, finding that the material is a “safe and effective restorative option for patients,” placing it in the same class as composite and gold. However the FDA does concede that the vapor released by dental amalgam can be inhaled and absorbed by the lungs, potentially causing damage if the levels were high enough.

A number of consumer advocacy groups continue to lobby the FDA for additional research. But in contrast to the EU, there is no pending change that can be expected to hit dental practices here in the U.S. So if you’re a big fan of the tried and true approach to dental fillings, or simply looking for your cheapest restorative option, you can rest easy knowing that your local dentist will be offering dental amalgam restorations for the foreseeable future.

If you’re interested in learning more about this debate, you can check out a segment from the Dr. Oz show: Toxic Teeth: Are Mercury Fillings Making You Sick?