Water You Doing to Conserve?

Written by Consumer Guide to Dentistry   Last modified on May 22, 2018

Michael Phelps and water go hand-in-hand. The retired American swimmer is the most decorated Olympian of all time. He won 28 medals across five separate summer games since 2000. But these days Phelps is making a different kind of ripple when it comes to water. He’s using his platform to speak out about conservation and teeth brushing; which go together more than you might think.

Phelps recently teamed up with Colgate to serve as the global brand ambassador for their water conservation campaign. At the root of this campaign is the issue of turning off the water faucet while brushing your teeth. According to Colgate, approximately 42 percent of Americans leave their water running while brushing their teeth. 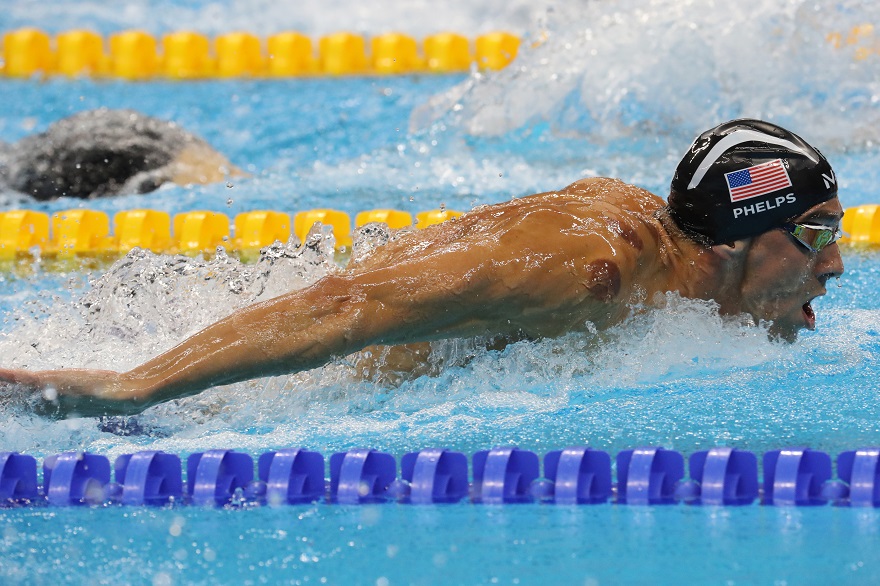 Most dentists agree that you should spend roughly two minutes brushing your teeth, twice a day. As Phelps notes in a recent article he penned for CNN, by leaving the faucet running while brushing, you could be wasting up to four gallons of water. Not to flaunt our math skills here at Consumer Guide to Dentistry, but If you’re brushing twice a day, that’s eight gallons of water that’s wasted every day if you’re not turning off your faucet.

Phelps and Colgate are challenging everyone to think more about their daily water usage. Though it starts with how you brush your teeth and extends to a wide range of daily habits and activities. For example, fixing leaky faucets, using toilets with small  flushes, waiting until the dishwasher or laundry machine is full before running, or  taking fewer baths and shorter showers are all part of the conservation equation.

Water is the lifeblood of the planet. Even though nearly 70 percent of the Earth’s surface consists of water, the vast majority is ocean water, which we cannot consume or use for regular every day water needs. And when it comes to usable water, demand is more and more exceeding supply.

Our offices are located in San Diego, a region of San Diego that has been plagued by drought in recent years. Just last year, we had restrictions placed on things like sprinkler duration and number of days used in effort to help conserve.

A more global example is in Cape Town, South Africa, one of the most affluent metropolises in Africa. Since 2015, Cape Town has been dealing with its worst drought on record. The situation is so dire that South African leaders are warning citizens of “Day Zero,” a day in which taps to homes and businesses will be shut off because reservoirs are so low. Although it might sound dramatic, this isn’t some sort of scare tactic warning for an event that could occur several years down the road. The initial estimate for when Day Zero would occur was mid-April 2018. That date has since been pushed back, potentially into 2019, but officials believe it to be an almost certain inevitability at this point.

To think that a bustling major metropolis is on the brink of running out of water should give us all pause and highlight the importance of being mindful about wasting water.

Consumers can avail themselves to a number of helpful initiatives aimed at water conservation. Through the Phelps-Colgate partnership, there are three specific initiatives available:

Smart Home Assistant – If you own a Google Home device or an Amazon Alexa device, you can get a number of interesting facts about water in addition to some helpful conservation tips. There’s even a cool feature where you can request the sound of running water to play while you brush your teeth. Simply say “Hey Google, talk to Save Water by Colgate” for Google devices, and for Alexa “Alexa, enable Save Water.”

Sink Sticker – A “Turn Off the Faucet” sticker for your sink might seem like a cheesy way to remind you, but Colgate added a twist. The sticker is water activated, so that it only shows up when it comes into contact with water. The nifty sticker is currently available at Walmart as part of the Colgate Total Toothpaste special pack.

Social Media – Michael Phelps has a massive social media following (as you might expect) and has committed to continuing to encourage followers to turn off the faucet when brushing. #EveryDropCounts

For more information on the Phelps-Colgate partnership, check out https://www.multivu.com/players/English/8303051-colgate-michael-phelps-save-water-earth-day-2018/