Sleep apnea, the cessation of breathing during sleep, is a common problem that affects both children and adults. The National Institutes of Health estimate that over 12 million Americans have sleep apnea and most often are undetected or misdiagnosed! In fact, conservative estimates suggest that only 16% of sleep apnea sufferers receive treatment.

Untreated sleep apnea affects your well-being and may contribute to high blood pressure, cardiovascular disease, diabetes, erectile dysfunction and memory concentration impairment. Since it reduces the quality of sleep and contributes to daytime sleepiness, driving may become more dangerous and has become a leading cause of car accidents. Certain types of sleep apnea can be treated by your dentist or oral surgeon with the guide of a sleep specialist.

Your dentist may be able to correct obstructive sleep apnea by creating and fitting you with a dental appliance that is worn during sleep. If the cause is the tongue resting on the airway, a tongue-retaining device can reverse the problem. If it is caused by the incorrect positioning of the jaw, it may be treated with a device inserted into the mouth to adjust the jaw’s positioning. Dental devices that are worn inside the mouth in order to treat sleep apnea look like athletic mouth guards. These devices are removable and create a much more comfortable sleep.

If caused by excess tissue growth on the tongue or in the back of the throat, the overgrowth may be surgically removed to resolve the blockage. Oral and maxillofacial surgeons and ear, nose and throat (ENT) doctors are experienced in performing such operations. However, dental professionals trained in laser dentistry may also perform the procedure.

Although you may be aware that your sleep is disturbed it is more likely your symptoms will be noticed first by other family members. The two most commonly identified sleep apnea symptoms are:

The inability to breathe properly often results in sudden awakenings throughout the night that interrupt one’s sleep and prevent them from feeling refreshed throughout the day. As a result, one might find themselves struggling to stay awake during the day or feeling irritable and depressed. Other possible signs include:

It is important to note that the presence of one or more of these signs and symptoms does not confirm that you have sleep apnea. You may be a heavy snorer or urinate frequently throughout the night for other reasons. To confirm a diagnosis, consult with your doctor to undergo professional evaluation.

Diagnosis and Treatment of Sleep Apnea

Sleep apnea is difficult to diagnose and treat partly because the medical community is still learning about sleep. A Pulmonologist, Neurologist, or an ENT will perform an overnight sleep test either in a hospital setting or a take home device to confirm the diagnosis. We suggest involving dental specialists and those in various areas of medicine to develop in an integrated approach for the treatment of sleep apnea.

Specialists Involved in Diagnosis and Treatment

Specialists who diagnose and treat sleep apnea include:

Another dental approach is to position the jaw so that airflow is not blocked. If the upper and lower jaws are responsible for sleep apnea, then an oral surgeon and an orthodontist may work together to reposition them. Another alternative is a mouthpiece known as a mandibular advancement device (ex: OravanOSA  an Anti-Snoring Mouthpiece) that can be custom  fabricated by an oral surgeon or dentist and worn while sleeping to hold the lower jaw in an appropriate position allowing air to pass unobstructed thus reducing and or eliminating the symptoms of sleep apnea. Most patients are able to adapt to the device within 3- 5 days.

Additionally, you can cope with or reduce the occurrence of sleep apnea by doing the following:

While the high cost of procedures may discourage people from seeking treatment, the cost of not treating sleep apnea is – costly The University of Manitoba in Winnipeg and a team led by Dr. Meir Kryger conducted a study of 181 people with the most severe form of sleep apnea. The results of the study (published in 1999), demonstrated that the average yearly cost for their physician visits dropped from approximately $500 one year prior to diagnosis to about $390 two years after diagnosis and treatment.

Because insurance plan administrators do not have consistent standards for reimbursement, it is difficult to predict out-of-pocket costs for sleep apnea diagnosis and treatment. For example, many insurance companies do not pay for the dental laser approach for reducing tissue surrounding the tongue, but they may pay for the surgical approach, and. most are now paying for the dental device.

It is wise to contact your insurance plan administrator about sleep apnea diagnosis and treatment costs. Expect to pay some out-of-pocket costs. Keep in mind, however, that if you treat your sleep apnea now, you may avoid potentially higher medical costs for more serious medical problems later.

Factors that may affect treatment costs include:

Ivan F. Stein, DDS, is a recognized innovator in neuromuscular and cosmetic dentistry. He has dedicated two decades of his career to researching and treating functional disorders of the jaw and mouth – including temporomandibular joint disorder (TMD) and excessive snoring caused by obstructive sleep apnea (OSA) – as well as full mouth reconstruction.

Dr. Stein earned his Doctor of Dental Surgery degree at prestigious Georgetown University Dental School. He has personally developed a number of successful oral appliances for use in neuromuscular dentistry, including Oravan OSA, an oral appliance for the treatment of obstructive sleep apnea. Dr. Stein was named a Top Dentist in NJ Monthly Magazine and has been invited to appear on ABC and CNBC to discuss dentistry as an art, as well as the safety of dental materials. He is in private practice at Northfield Dental Group, serving patients in and around West Orange, Short Hills and Livingston, New Jersey. 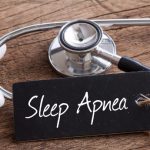 Sleep apnea is a common breathing disorder that results in the cessation of breathing during sleep. Here are six facts... 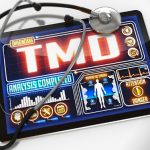 TMJ disorder is a relatively common dental condition that can cause extreme pain. Here are five potential causes of TMJ...

A Developing Smile: The Permanent Impact of Baby Teeth

How important are baby teeth in the development of permanent, adult teeth? Consumer Guide to Dentistry takes a look at... 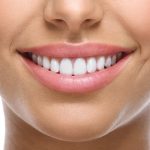 Anatomy of a Smile

Understand the principles involved in smile esthetics & determine what makes a winning smile; know your smile, improve your smile,...